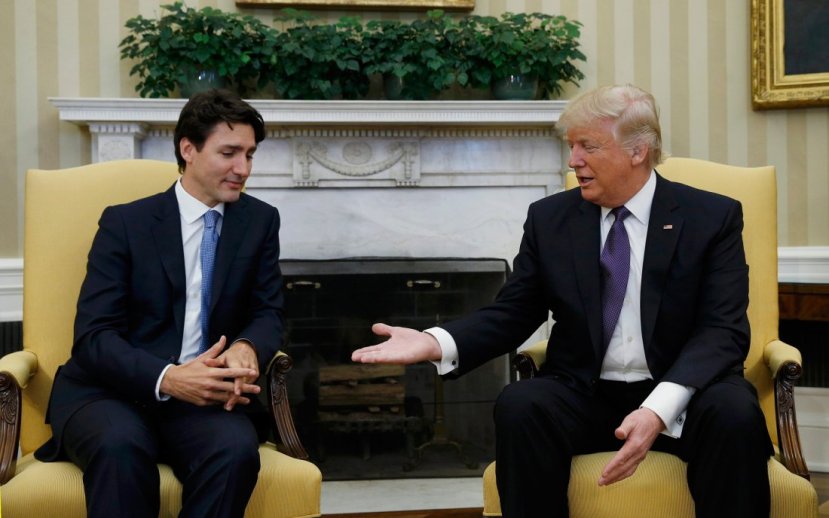 Boring, old, stable, first-world Prime Minister Justin Trudeau played it disappointingly safe today when meeting with Donald Trump for the first time in an official capacity, ignoring calls from many to try psyche the President out with a fake-handshake-into-hair-groom move. But wouldn’t it have been glorious?

Trump has gained a reputation lately for handshakes that leave viewers more uncomfortable than watching the British version of The Office while sunbathing nude in the middle of a shopping mall. Most notable was the recent hand clasp shared with Japanese Prime Minister Shinzo Abe, whose entire arm he held from midday Friday until sometime Monday morning, with only a brief stop to express his personal outrage at the world being less attuned to his every personal need than his father promised him it would be, via Twitter.

Citizens worldwide tuned in, hoping to see Trudeau express something closer to the near-total global dismay at the U.S. President’s position on pretty much everything, by possibly using a dummy hand he left Trump holding, or simply turning the handshake into a three-point judo throw that would have immediately finished the match, and provided endless satisfaction to everyone everywhere for all of time. Unfortunately this will have to reserved for a later date. Hopefully.