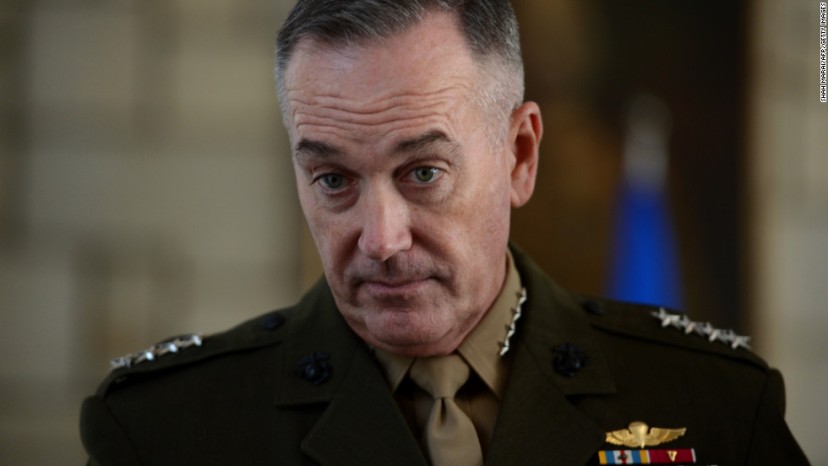 ***Satire***
Just as the Joint Chiefs of Staff were about to take a quick vote on whether to use the expected increase in their budget to purchase four new aircraft carriers, or build a land bridge to Japan; word arrived that White House budget chief Mick Mulvaney had made a worrying statement.

“Huh. It seems Mulvaney just said that cuts to the Meals on Wheels program is due to a lack of hard results.” General Dunford, chairman of the Joint Chiefs, said as he scanned a paper that had been slid in front of him. An ominous silence filled the room. Somber looks were exchanged between the generals as they took in the greater implications of this.

“But we’ll still get our money right? The $54 billion increase?” Asked General Neller, Commandant of the Marine Corps. “I mean, those wars weren’t really winnable, they know that right? It’s a long game in that theatre. Can’t just snap your fingers and say ‘shock and awe,’ and expect to be home for Christmas. Right? They get that right?”

“Look,” Gen. Dunford cut in. “Trump loves the military, almost as much as he likes dressing up like he didn’t actually dodge the draft. So we shouldn’t worry too much. But,” and here he looked around soberly at his gold-braided brothers-in-arms, “that bastard did just cut funding to a service that brings old folks their meals. Trust no one.”