Moment: Kelly Tells Trump A Dotard Is Someone Who Eats Donuts While Wearing Tights 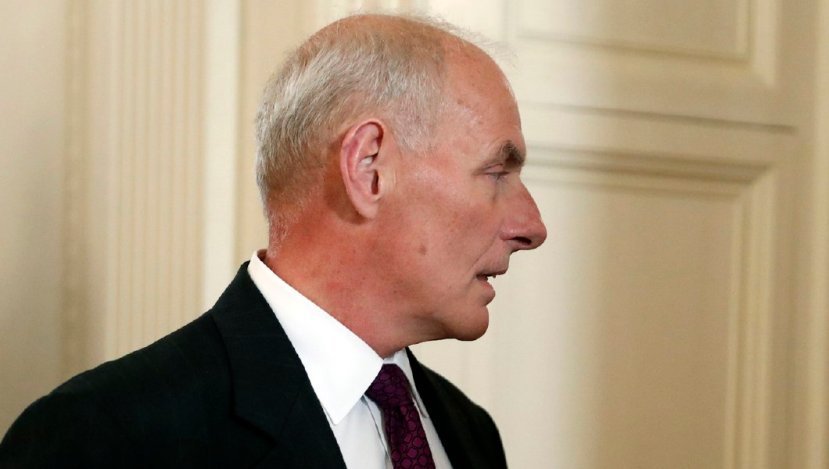 It was a somber moment yesterday evening when Donald Trump had his chief of staff, John Kelly, read Kim Jong-un’s response to the president’s offer to totally destroy North Korea.

“Kelly did a nice job of paraphrasing,” said a White House aide, who wished to remain anonymous as per the previous 57 times he provided an inside look into the president’s private moments. The aide produced a recording of the conversation for this reporter to listen to before it was posted in its entirety to Youtube.

Kelly: “Uh, alright, here we go. Kujo says this is a serious situation, that he thought you might have checked yourself before you wrecked yourself, but instead you barked like a frightened dog only quieter. He warns you to be more careful, and considerate,” a long pause ensues. The aide tells us at this point Kelly looked into space for awhile, almost wistfully, before returning to summarizing the statement.

“He says your behaviour is…unusual. He voices surprise that you don’t just want to get rid of him, but want to totally destroy his country. Then he says you’re a little new to all this, shouldn’t be in charge, are connected to the mafia, and additionally are a pyromaniac. He waffles on for awhile about being his on the right path, and about his commitment to continuing on said path, and then again questions why you would say such a thing. He concludes by calling you a dotard and saying he will tame you with fire.”

A silence follows on the recording. For a few seconds the only sounds that can be heard are a rustling of papers, and clearing of throats.

Kelly, without hesitation: “Someone who eats donuts while wearing a body stocking.”

Trump ponders this for a moment. “That’s not so bad.”

“Not so bad at all sir,” says Kelly, “Frankly I was expecting worse.”

“Yep. Ok. Thanks John, thanks everyone, let’s call it a night. Hey, that reminds me. Whose turn is it for donuts tomorrow?”