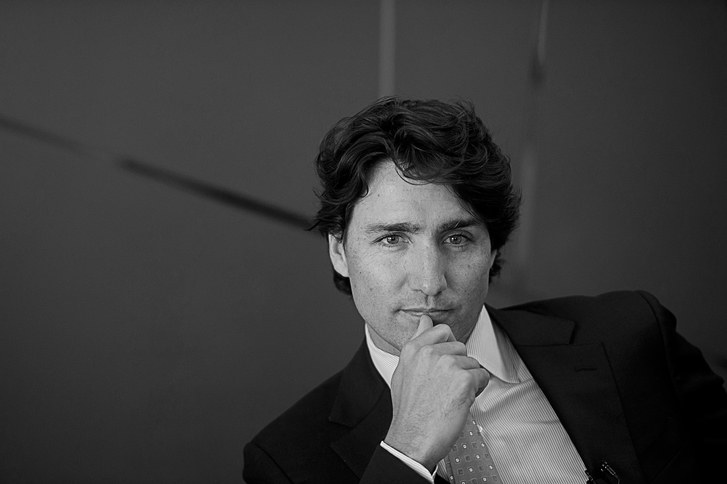 “It’s the only place I get my news,” says a clearly exhausted Prime Minister, gesturing to a television displaying Al Jazeera’s live feed as he sinks into a comfy sofa after a long week of destroying Canadian Values. “That and the Quran, of course.”

The young PM has set a torrid pace of late, bouncing from one end of the country to the other, desperate to make the most of the short four to five year window he has to ruin everything.

“Between standing too strongly for feminism and not strongly enough for it, protecting the environment purely out of spite for Alberta and then destroying as much of BC’s natural heritage as possible, legalizing pot in such a way I create a much bigger problem than illegal marijuana already was, and of course relentlessly turning Canada into a new Islamic state while personally handing Canadian jobs to underqualifed terrorists, frankly I am bushed.”

Trudeau throws his feet up on a coffee table, his black ISIS-flag socks protruding out from under smartly cut trousers. He shouts at Sophie to get him some popcorn and non-alcoholic beer. “Being Muslim isn’t as easy as it looks,’ he admits ruefully.

Al Jazeera is in a commercial break, so the PM pulls a phone from his pocket and ducks into Facebook to check responses to his posts of that day.

“Oh man, these people are so on to me,” he says, shaking his head as he scrolls down through the comments. “Janine McGrady somehow guessed I’m actually the antichrist, which is disappointing after the lengths I’ve gone to to keep my horns hidden under my lustrous hair.” He scrolls on, his face dropping as he goes.

“Jon Teller spotted that I face Mecca at exactly the right time, five times a day. Rookie mistake, gotta make that more subtle. Oh and lookie here. Bob Proctor knows that my real name is Justine. Mom is going to be pissed that that finally got out. All these years we kept it, and my real gender, hidden. Sophie,” Trudeau says as his wife enters the room in her traditional burqa, “the gig is up. They know I’m a woman. And that I’m actively trying to ruin the country. Call the Saudis. Tell them we’re coming in hot.”