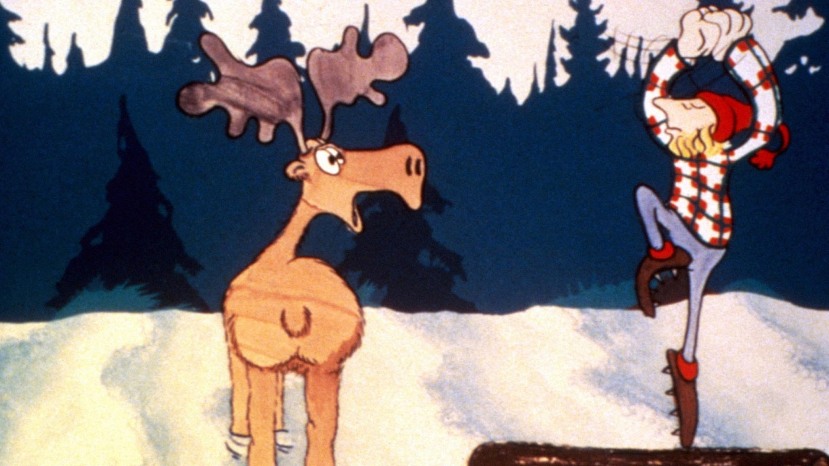 “For he goes birling down and down white water,” could be the words Canadian athletes silently mouth – single tears streaking their taut cheeks as the maple leaf rises in Pyeongchang – if the results of a recent survey of people in line at a grocery store in British Columbia have any say.

“Oh yeah I’d support that for sure,” says Marge Buchanan, as she loads the contents of her cart onto the food treadmill at a Save-On-Foods in Sidney, BC. “Now, I’ve had my chances with all sorts of anthems, but none as so fine as my song on the river.”

With the National Film Board’s iconic, animated version of the Wade Hemsworth song joining Jagmeet Singh and Andrew Scheer in turning 39 this year, it would seem there has never been a better time to raise the humble ditty into the pantheon of Canadian greatness.

“All for it,” says Sarah Wellman, standing awkwardly close to Ms. Buchanan as she waits her turn to pay for the contents of her grocery cart (which inexplicably contains 14 jars of pickles, and the same number containers of chocolate sparkles). “But what I’d really like to see is Virtue and Moir do it as an ice dance. Bet they could make it super racy. I’m getting a little warm just thinking about it.”

The anthem switch would not be without precedent. While performing as a united team in 1956-1964, German athletes received medals to the sounds of Beethoven’s Ode To Joy. And with Australia routinely playing Men At Work’s Down Under when claiming their victories, and the United Kingdom listening to God Save The Queen – the Sex Pistol’s version – it seems only just that Canada should get to pay our allegiance with The Log Rider’s Waltz.

It does, after all, please us all completely.