Auston Matthews Celebrates Goal With Triple Salchow, Everyone Points Out It Wasn’t A Quad 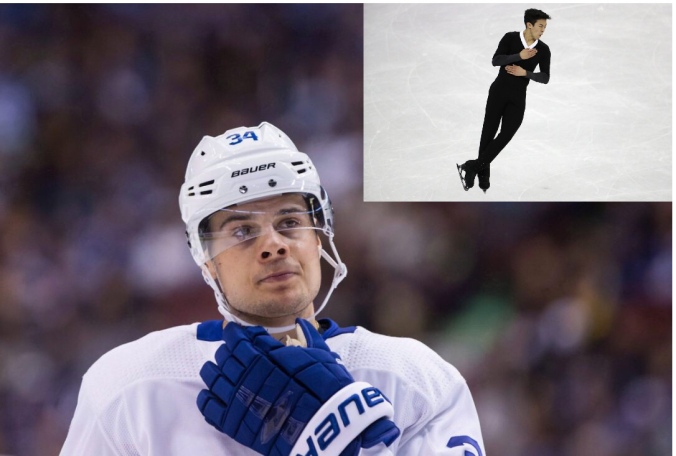 Why even celebrate if you can’t complete four rotations in the air?

Even as Auston Matthews was throwing his arms out after completing the first triple salchow ever performed in hockey skates, on an NHL rink, during regulation play (Wendel Clark landed one in OT against the Kings in ’93) the boos were already raining down across Canada from those who live to hate the Leafs.

“It wasn’t even a quad, his rotation was sloppy, and his smile looked a little forced,” said a Habs fan glancing up at a screen displaying the game in a Montreal airport lounge. “Typical Anglo. All grind no gears.”

While it would be difficult, if not impossible, to follow up on the same man’s claim that Patrick Roy could have performed the identical maneuver while making a glove save and drinking a Labatt Cinquante, there remains little doubt that for a significant contingent of Canadians – let’s call them Leaf Haters – nothing Auston Matthews does will ever be good enough.

“He could detail my car every day for ten years and I’d still want to know why he doesn’t pass the puck more,” says Larry Doyle, of Edmonton, Alberta. “He could open a brewery in my basement and strike oil while plumbing the main vat directly into my kitchen sink, and I’d still ask him who was going to clean up the mess, and did he call that an amber ale? Cause it’s a little hoppy. Which is just typical, really. Even in my convoluted hypotheticals the guy disappoints.”

Reached for comment Auston Matthews just shook his head. “You know, haters are going to hate, and demand artistic flourish as well as technical difficulty in the long skate. That’s just part of hockey. Much like hating the Leafs.”

Even among the Leaf nation faithful, there were those who – while happy to see Mr. Matthews leading the team to a must-win in Toronto on Tuesday night – reserved the right to hold their applause.

“Yeah, that Auston kid’s ok,” said Beth Beleebe, of Oshawa. “But I’ll start cheering when he’s won a cup, and then gone back and won every cup since 1967, and personally removed Harold Ballard’s wikipedia entry, and paid my hydro bill, and weeded my garden, and tightened my car’s fan belt, and ironed my Gilmour jersey, and….”