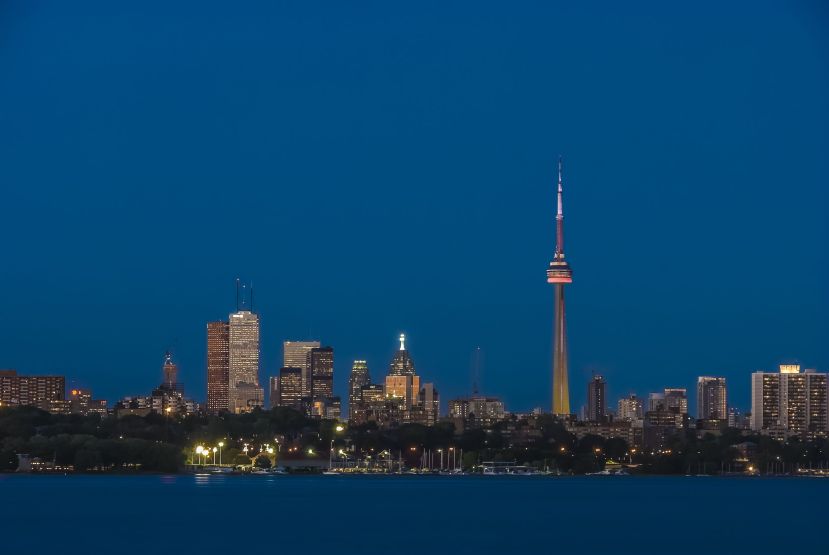 In the wake of a violent, unprovoked attack on its citizens, one thing was clear across the 630 square kilometres, 240 neighbourhoods, and six former boroughs of the lakeside city that segmented itself from the lake with a highway: we are all here for each other. And other than that are unlikely to agree on anything.

“Where are we?” shouted a man on the Bloor-Yonge subway platform, moved to reach out to his fellow city-dwellers.

“Toronto,” murmured back a grim, but determined crowd, after exchanging a few wary looks.

“What will we always be?”

“Toronto!!!” The people shouted, getting into the repetition of the call-and-answer format.

The perfect unison ended here, descending into loud requests for better biking infrastructure, larger roads, tearing down the Gardiner, extending the Gardiner, a Scarborough subway line, no more subway lines, the Leafs to win, the Leafs to lose, an extra-large pizza, a kebab, a roti, more cats, free childcare, lower taxes, green space, condos, a hug, no hugs, get off my foot.

The only thing that stopped the growing litany of competing demands was a man on an accordion beginning to play Despacito, causing everyone to turn their attention to immediately getting him to stop.

As the strange, sprawling, city by a lake – with a centre that many of its outer inhabitants rarely visit, and an outer ring that many of its centre-dwellers drive through on their way to somewhere else – comes to grips with Monday’s horrible tragedy, Torontonians showed themselves to be utterly united. In their divisions.

“Normally I don’t ride the Sheppard line as a matter of principle, because it was Lastman’s idea and I couldn’t stand that guy,” says Jimmy Draper, of Scarborough. “But coming over here to Yonge street today didn’t feel like the time to stand on that kind of thing. We’re all a part of Toronto today. I mean, we always are. For the amount of taxes I pay I better be. But today, we’re bigger-than-this Toronto.”

People gave up their seats more readily. Umbrellas were raised and lowered in unusual shows of overhead rain-protection synchronicity, in a city known for its public brolly-jousts between commuters. Looks lingered as strangers passed on the street – and not in the ‘I’m memorizing your face so I can later provide a description’ sort of way, but more in the ‘I see you, fellow Toronto person,’ manner.

It almost got weird.

And then two former friends began arguing about the best place for late-night Indian food. A heated debate took place about the fastest route from Cabbagetown to the Annex, between two people who had no intention of making such a trip. Someone even dared to attempt to merge onto a Gardiner on-ramp from the wrong lane, receiving withering hornfire for their efforts, but in true Toronto-fashion pressing on in anyway.

Asked why they didn’t just let them enter the lane without all the loud noises, one horn-blower responded adamantly: “Because they need to get in line,” before adding that if they were broken down or needing assistance or something, he’d be the first to help. “But they’re not. They’re just being a jerk. Toronto, man.” He shook his head, and grinned wryly.