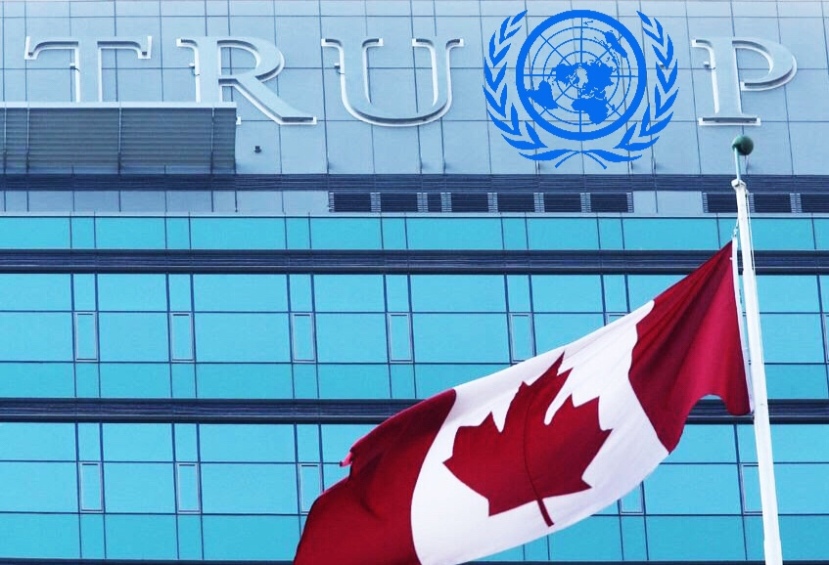 Saying they could think of no better place to host the United Nations new headquarters – other than in Barack Obama’s office, just to stir the pot –  Canada today announced that if the U.N. was looking for a new home, they had just the spot.

“Centrally located in the middle of beautiful downtown Toronto, the building formerly known as the Trump Tower would provide fantastic facilities in the heart of a multicultural, inclusive, up-and-coming city,” a press release from the City of Toronto public relations office stated. “And best of all, would likely make Donald Trump swallow his tongue in a fit of rage.”

While the United Nations currently has no plans to move its base of operations away from New York, where it has resided – perhaps portentously, in light of recent events – in Turtle Bay since 1955, following today’s announcement by the United States that the they will no longer be taking part in the U.N.’s Human Rights Council, many are wondering what the hell the intergovernmental organization is waiting for.

“In less than 18 months the United States has pulled out the Paris climate agreement, the Iran nuclear deal, and now a council that exists solely to promote human rights, as ITS NAME WOULD SUGGEST,” says Bono, taking off his sunglasses and looking like he’s getting pretty close to conducting a fundraiser. “What the flying fuck mate? Little surprise I suppose, what with the actions the Trump administration has been taking along the U.S. border of late. Bit like being a member of a committee against domestic violence when your wife is covered in bruises, isn’t it?”

The U2 front man, and erstwhile global force for good,  takes a breath, and a long look out the window of the Manhattan hotel room we’re in. He asks, rhetorically, what the fuck is going on in the world, and then shakes his head.

“I’ll tell you one thing. If they move the gig to Toronto, I’ll play the goddamned opening like there’s no tomorrow.”