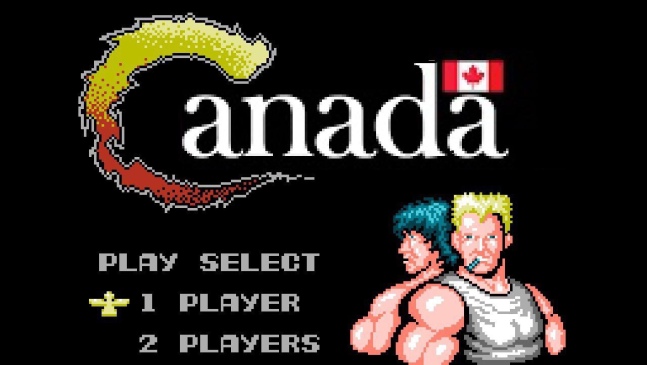 It is believed to be the first time the code has been used for anything other than taking advantage of parents who said ‘just one more game.’

After coming under pressure from the United States at the recent NATO summit to substantially increase the size of our nation’s military, Prime Minister Justin Trudeau today authorized Minister of National Defence Harjit Sajjan to initiate the famed, but underused, Konami Code.

“That’s correct,” the PM said to reporters on Parliament Hill, when asked if this means that the cheat codes of a 8-bit video game system are actually applicable to modern warfare. “And with that in mind, Minister Sajjan is right this moment in the unfinished basement beneath us, punching up, up, down, down, etc, into a delightfully unergonomic controller.”

It is believed that this is the first time the code – which (for the uninitiated) is applicable to a number of original Nintendo games such as Castlevania, Teenage Mutant Ninja Turtles, and most famously Contra – has ever been used to expand a national defence force, or anything else in the real world for that matter.

“Coming away from the NATO summit we realized two things,” Trudeau explained, as he and the assembled press waited for Sajjan to provide a progress report from a musty sectional sofa, in front of a wood-panneled television, in the far corner of the cement foundations of Canada’s seat of power, where he was inputting the game-changer.

The prime minster’s succinct summary of the matter – which reportedly caused President Trump to break a golf club over Melania’s knee when he was informed of it –  was interrupted at this juncture by Mr. Sajjan emerging from the basement.

“Was it up, down, up, down?” Harjit asked, squinting in the daylight and dusting a few Doritos crumbs from his beard.

“What? No. Up, up, down, down,” Trudeau said, looking a little disappointed at not being told that the military’s reserves had just increased by a factor of ten. “Do you want me to come down there and do it for you? No? Yes, of course, you’re the defence minister. Alright, well, just press reset, and as soon as you see the title screen, you know what to do. Give me a shout when you get the spread gun, and I’ll come down and help you destroy the sensor to get into the first base.”

Sajjan disappeared back down the stairs into the dark, muttering the code repetitively  under his breath.

Asked if he was still confident this was going to work, Trudeau said that he was, and added that “if not there’s always that turtle on the staircase in Super Mario Brothers.”