Air Canada Forced To Pay $30 For First Piece Of Data Leaked, $50 For Second, $225 For Each Additional Leak 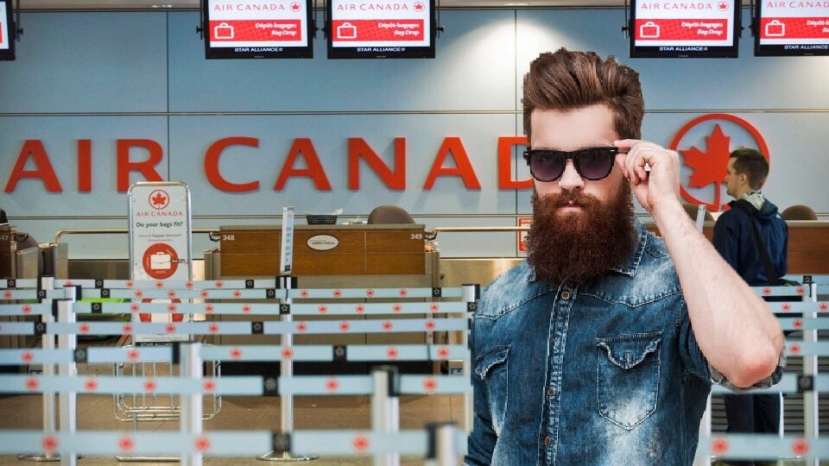 Sympathy was ample but allowances unbending today, as thousands of Canadians across the country reacted to the news that Air Canada has suffered a security breach, losing the personal data of approximately 20,000 of their customers as though it was just another piece of luggage, forever missing somewhere between YYZ and YNOweHaveNoIdeaWhereYourBagsWentBadLuck.

“I certainly am sorry about having to charge you for all of those excess data breaches,” said Joyce Montrose, of Ajax, Ontario, one of the many people affected by the security lapse, as she politely informed the national carrier that this was going to cost them.

“Is there any way you could just squeeze some of the extra leaked data into your carry-on? Then I wouldn’t have to charge you for the full…hold on a sec…$4,499,630 plus tax. That’s right. $30 for your first breach, $50 for your second, and $225 for each additional one thereafter. Yes it is a lot of money, but as you know, I don’t make the rules.”

Ms. Montrose’s firm but conciliatory attitude reflected that of many Canadian consumers, who say that while they don’t like having to charge for the carrying costs that modern corporations encounter while operating a business online, it’s the only way they can keep afloat in a competitive economic marketplace.

“I feel for Air Canada precisely as much as they feel for me when they charge me an additional $30 to fly to the Dominican Republic for a week with anything more than a thong and sawed-off toothbrush,” said Rob Dunlop, of Lawrencetown, Nova Scotia, his facial expression equal parts dour and gleeful as he put together an invoice for the major corporation, one that itemized each piece of his data lost and its associated cost.

“Now, if they had paid for a Business Class Breach fare, we wouldn’t be having this conversation would we? It’s like the friendly check-in agent tells me every time I try to act like some sort of billionaire jetsetter and fly with a set of golf clubs: sometimes going economy isn’t actually the cheapest option.”

Mr. Dunlop and Ms. Montrose aren’t alone in their polite-but-frim stance on the matter. By midday today Amazon.ca reported selling as many as 100,000 ancient, 8 kb memory sticks to Canadians, who reportedly intend to use them to judge whether the data breach is large enough to require being checked and paid for.

“Now if you’ll just put your security lapse into the breach-sizer,” travellers across the country informed the unsuspecting airline, while patiently grinning. “As long it’s under 8 kilobytes we’ll print your boarding pass and you’ll be on your way. But if it’s over, you’ll have to pay the fees. Oh no, not me directly. Why would you think that? No, you’ll have to pay my sister who lives over there, and oh look, you’re in luck. The line-up only is under a thousand people. If you hurry there’s a good chance you’ll still be able to catch your shareholders meeting. Toodles.”